What are Peg MGF Peptides?

Peg MGF Peptides is the process of covalently attaching polyethylene glycol (PEG) chains to peptides, proteins, or other biomolecules. PEGs are polymers that are nonionic, non-toxic, biocompatible, and highly hydrophilic.

PEGylation of peptides can enhance therapeutic properties due to their increased solubility (for hydrophobic peptides), prolonged half-life through reduced renal clearance, and masked antigenicity for minimum immune response in the host. Thus, PEGylating your peptide may overcome many of the challenges for peptide drug candidates.

Therefore, PEGylation has evolved into a widely used method for improving the stability and bioavailability of peptides. Regulatory authorities have approved PEGylated drugs of varying PEG chain lengths and with MWs ranging from 5?40 kDa.

PEGs exceeding 60 atoms in length are generally not well defined and consist of a mixture of different oligomer sizes in broadly or narrowly defined molecular weight (MW) ranges. For this reason, they are also referred to as polydispersed PEG. For example, PEG 10000 denotes a mixture of PEG molecules (n = 195 to 265) having an average MW of 10,000.

Peg MGF Peptides glycol derivatives composed of precisely-defined numbers of PEG units and therefore of defined length (MW) are available. They are referred to as monodispersed PEG. These shorter PEGs are frequently applied as linkers or spacers. PEG spacers have become quite versatile tools to attach all sorts of sensitive molecules (e.g. fluorophores) to peptides, or to create homo- or hetero-dimeric peptides.

For PEG peptides, the PEG is usually attached to the peptide using standard amide bond formation but other linkage chemistries are possible as well (e.g. thiol-maleimide, oxime ligation, click chemistry).

Pepscan has extensive experience with each of these PEG conjugation chemistries. Contact us for more information about the possibilities to incorporate PEGs into your peptides. 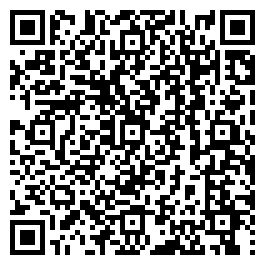