CJC-1295 has shown some amazing results as a growth hormone-releasing hormone (GHRH) analog. Not only has CJC-1295 shown potential to increase growth hormone and IGF-I secretion and effects, but it has been able to do so in very large amounts. CJC – 1295 Stimulates GH and IGF-1 Secretion and will keep a steady increase of HGH and IGF-1 with no increase in prolactin, leading to intense fat loss, and increases protein synthesis for more muscle growth.

CJC-1295 (DAC) belongs to tetra-substituted peptide hormone classification. contains 30 amino acids. The modified version of GRF 1-29 demonstrates a high affinity towards GHRH receptors. The molecular weight of CJC-1295 (DAC) is 3647.28 and the molecular formula. The compound was originally developed by a team of Canadian researchers to increase the half-life of growth hormone-releasing hormone. Research studies confirmed that the synthetic complex increases GHRH and IGF-1 secretion but not prolactin. CJC-1295 promotes lipolysis and protein biosynthesis. The biomolecule arrangement prevents rapid degradation and improves half-life. The compound is beingcjc 1295 with dac studied successfully since the 2000s due to visceral fat degrading properties. The relative half-life of the compound is 5.8-8.1 days. However, the addition of IGF-1 may increase the half-life for up to 30 days. Further studies are being conducted to explore the benefits of deep sleep or slow-wave of the brain.

with ghrp-2 dosageGrowth hormone and somatostatin are released in pulses in the anterior lobe of the pituitary gland, to counter the effects of somatostatin the level of CJC-1295 DAC should be kept at a high level throughout. Studies conducted in the past two decades led to the introduction of different growth hormone secretagogues. However, more research is being conducted to ascertain the effectiveness and efficacy of the hormone. Moreover, an enhanced level of growth hormone in the system has a positive effect on fat metabolism.  positive feedback mechanism on the production of Ghrelin a hormone known to induce feelings of hunger, gastric emptying, and motility. Further studies reveal that a combined blend of the polypeptide with growth hormone hexapeptide increases the rate of release of IGF-1 without any considerable effect on prolactin. The main feature of the polypeptide is the existence of the DAC or drug affinity complex, which is formed from lysine binding acid. 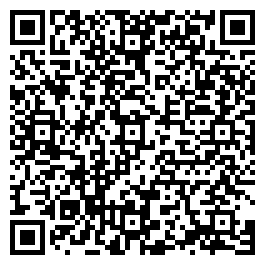