What is MELANOTAN II

melanocortin is a synthetically produced variant of a peptide hormone naturally produced in the body that stimulates melanogenesis, a process responsible for the pigmentation of the skin. This peptide hormone, called alpha-Melanocyte stimulating hormone or MSH, activates certain melanocortin receptors in the process of exerting its effects. Indeed, also exerts potent influence over lipid metabolism, appetite, and sexual libido via these melanocortin receptors.

Development. The initial creation of the synthetic 2 peptides can be credited to the University of Arizona. During the course of research aimed at developing a defense against skin cancer, the focus was placed on developing a method of stimulating natural melanogenesis, or the natural production of the skin, without direct exposure to the potentially harmful ultraviolet radiation in sunlight. Initially, the University of Arizona researchers attempted to directly administer the naturally occurring hormone alpha-MSH in order to elicit this desired result. Although this strategy exhibited promising results, it was determined that the naturally occurring MSH had a prohibitively short half-life to be of real use as a therapeutic remedy. However, the positive results gleaned from MSH administration encouraged further research into the development of Melanotan 1 and Melanotan 2, which exhibit similar effects whilst possessing an extended half-life for functional therapeutic utilization.

the α-Melanocyte-stimulating hormone is a naturally occurring endogenous peptide hormone of the family, which is considered to be the most important of the melanocyte-stimulating hormones when it comes to stimulating melanogenesis, a process which in mammals is responsible for hair and skin pigmentation. α-MSH also plays a role in feeding behavior, energy homeostasis, and sexual activity (Bremelanotide ). α-MSH is a nonselective agonist of melanocortin receptors MC1 and MC5. Melanotan 1 and activate the MC1 receptor, which is responsible for effects on skin pigmentation.

A few synthetic analogs of α-MSH have been investigated for their apparent photoprotective effects against ultraviolet (UV) radiation from the sun, namely, Melanotan(afamelanotide) and Melanotan II, referred to as Melanotan 2. Bremelanotide, another analog of α-MSH similar to Melanotan 2, is currently under development for the treatment of sexual dysfunction. All of these Melanotan peptides have significantly greater potencies than α-MSH, but with distinctive selectivity peptide profiles. 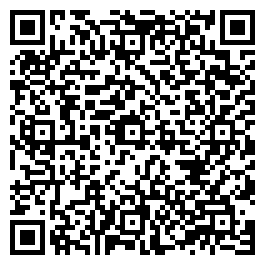