Benzylpiperazine (BZP) is a synthetic stimulant derived from piperazine, often seen as an alternative to ecstasy or amphetamine, although usually considered to be less potent than these drugs.
Minimum order quantity is: 1 package

BZP, or n-benzylpiperazine, is one of several recently-discovered drugs, often referred to as “novel drugs” or “emerging drugs.”

BZP has been identified as a component drug in many seized ecstasy tablets, and has similar subjective effects to MDMA.

BZP is often used in so-called party pills, often in combination with other emergent drugs.

A typical dose of BZP is 75 to 150mg, which can take two hours to take effect, and results in a trip of six to eight hours. It’s often mixed with two or three other drugs—combinations that can create a complicated array of effects and symptoms.

In low doses, the effects of BZP are stimulating, similar to amphetamines. Higher doses can result in hallucinogenic effects, including delusions and hallucinations.

These compounds can cause harmful effects when taken recreationally. Commonly-reported features include palpitations, agitation, anxiety, confusion, dizziness, headache, tremor, mydriasis (dilated pupils), insomnia, urinary symptoms, and vomiting. Seizures are induced in some patients even at low doses; if this happens, it’s extremely important to get immediate treatment to terminate seizures, which can be life threatening. Severe multiorgan toxicity has been reported, though fatalities have not been recorded conclusively for this substance alone.

When used in combination with other substances, deaths have been reported. Taking an intoxicated person to the emergency room for treatment will usually result in a good recovery.

How to Help Someone Who is High on BZP

Try to remain calm if the person is anxious or panicky, and reassure her that she can get help at the hospital.

Don’t worry about the legal consequences, as the staff in the emergency room is only concerned about the person’s physical health and safety. Go with her to the emergency room, or call 911 and explain to the medical staff what you think the person has taken. If you have a sample of what has been taken, bring it with you to the hospital, as this can help determine what’s causing the symptoms.

While it’s important for people who are overheated to remain hydrated (from dancing for an extended period, for example), don’t allow someone on BZP to drink a lot of water very quickly, as this can result in a condition called hyponatremia, or water intoxication, especially if he’s been sweating excessively. Hyponatremia has been reported by emergency rooms as a risk of BZP intoxication. Sipping water is typically safe, but if someone high on BZP appears dehydrated, it’s safest to take him to an emergency room where his fluid and electrolyte balance can be carefully monitored. 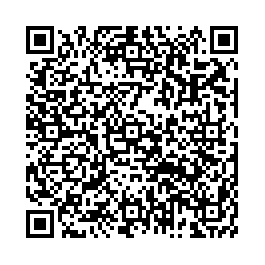